For Mother’s Day, here’s a video of Kanye West and his mother, Donda, rapping his ode to her entitled “Hey Mama”, off his 2005 release “Late Registration.” Watching the two laugh together in this clip from West’s electronic press kit fills the heart with joy at seeing the notably arrogant rapper share a sweet, personal moment with his mother.

Viewing the video is bittersweet, however, knowing that Donda West died of complications with cosmetic surgery in 2007. Since her death, West’s demeanor has never been the same. His egotistic attitude and materialistic lyrics are traits that Kanye has greatly exemplified in the years since. This persona could be hyperbolized, a exterior shell for West to hide in.

His college trilogy, from the debut “College Dropout” to “Graduation” were humbler and bubblier. Released a year after Donda’s death, “808s and Heartbreaks” was filled with much of each, delivered in heavily autotuned yet earnest singsong. Self-affirmation and mentions of materialistic desires are intertwined with vulnerable moments and allusions to suicide heavily in “My Beautiful Dark Twisted Fantasy.” Each record reshaped rap and repackaged his signature sound, solidifying West and a revolutionary producer.

Even nearly a decade later, West still blames himself for his mother’s death. “If I had never moved to LA she’d be alive,” he told Q Magazine back in 2015, “I don’t want to go far into it, because it will bring me to tears.”

The egomaniac and equally problematic man Yeezy has become today has everything to do with the sudden loss of such a supportive, strong, and smart role model. Donda instilled in him encouragement to pursue his dreams, which he always did flamboyantly. While desperately transitioning from producer to rapper, he’d enthusiastically rap along to his songs at pitch meetings, sometimes jumping on tables to act out words. He got rejected many times due to his clean-cut style and not-so gangsta upbringing that dominated rap until the mid-2000’s; his mother, a university professor, upheld a solid upbringing and made sure Kanye had the best education. Yet he worked tirelessly and persevered and cemented his place in hip hop history.

Early on, Kanye strutted his boldness and enjoyment for publicized, polarizing statements. He called out homophobia and hip-hop and infamously proclaimed George Bush doesn’t care about black people. Over a decade later, any celebrity could take such bluntly politicized stands without too much fuss. 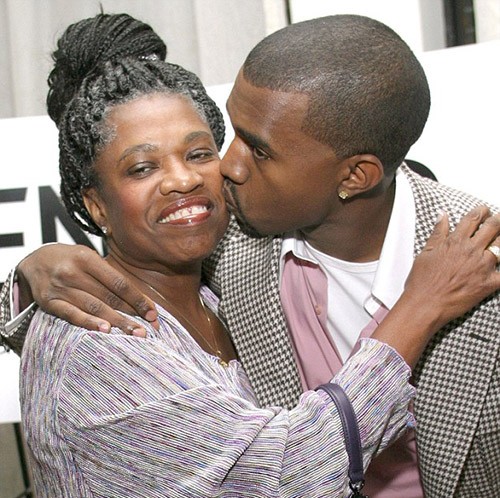 These statements also seem much more well-rounded and rationalized than statements that now pit him against the people. Most recently he proclaimed slavery was a choice, but his first gratuitous outburst came with the Taylor Swift moment. West had made fusses about award losses before, but only when it was his own ego bruised. He explained to Jay Leno soon after that he never took time to heal, continuing to tour and record without grieving such a giant loss.

“I need to, after this, take some time off and just analyze how I’m going to make it through the rest of this life, how I’m going to improve,” he said. Without a break, a time to mourn, Kanye was just looking to yell about anything. He needed to scream into a void, let out his pain, but instead used a microphone to transfer his hurt to someone else. “I don’t try to justify it because I was just in the wrong. That’s period.”

This isn’t in defense of Kanye or his actions, but certainly a call for help, and a hope he will again learn the error of his ways; Dr. West would hope he never stops getting smarter. While Steve Harvey proclaimed West just needed a ‘older black man in his life’ after his recent outbursts, it seems a talk down from his wise mama would do the trick.

Warm wishes to Kanye and all other who have lost their mothers on what must be a tough day to celebrate.